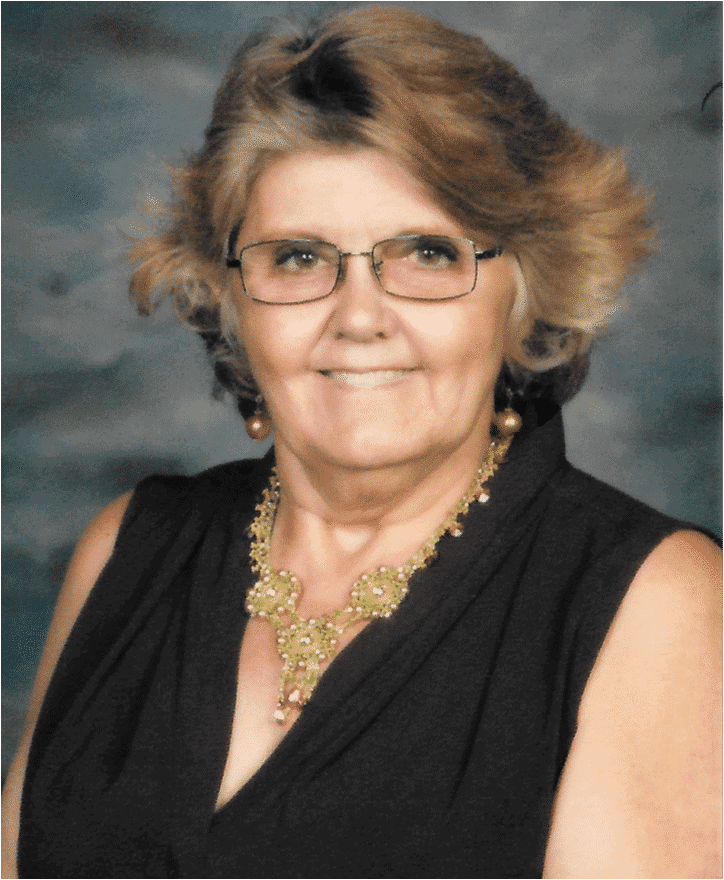 “Chin up! Look around! There are so many things you can do, like beading origami, anything that is newly made by your hands.” -Fatima Mensen-Potter

Fatima Mensen-Potter’s life is a testimonial to her belief in the positive. 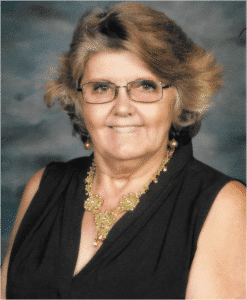 In 2009, a serious health problem requiring two brain surgeries took her away from her financial career and regular routine. After three years of recovering and celebrating every improvement, Fatima felt confident enough to coordinate mind and hands again.

She began making chain maille and in May 2012, she attended a meeting of the Florida West Coast Bead Society. As she interacted with other talented members and began showing off her own creations, Fatima became more confident. A mere four years later, Fatima is enjoying success on several fronts. An ongoing member of the Florida West Coast Bead Society, Fatima will teach her Moonlight necklace in June, free for members and guests. (Moonlight Necklace won a Preciosa Czech award in December 2015.)

Consider some of her other notable achievements:

In April 2015 Fatima’s work was featured as a Bead & Button Magazine project extra. 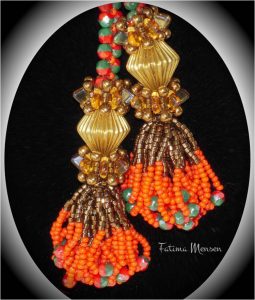 Beading Polska honored her in August 2015. 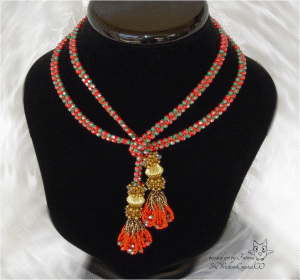 Bead and Button Magazine will feature Fatima’s “Lavish Barrel” on the cover its April 2016 issue. 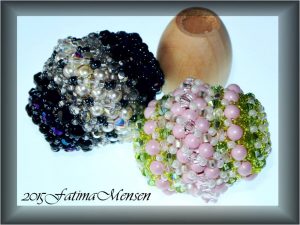 Success is no shield from tough times. Fatima, who lives in Bradenton, FL had planned to be at the Tucson Bead Show in 2016. At the last minute, she had to cancel her classes due to problems with travel arrangements. As a result, her Etsy shop is stocked with dozens of sea star kits.

In typical perspective, Fatima dismisses the problem, noting creative individuals tend to be smart, yet naive. “They enjoy and often celebrate their achievement, but they get hurt easily for their openness and sensitivity.” Almost immediately her resilience shows itself. “I’ve been able to deal with most challenges,” she says.

An art lover, Fatima tries to pause and watch beauty everywhere. From Leonardo da Vinci to contemporary artists not only in the U.S, but also from Germany, Poland, Ukraine, Hungary, Japan and other countries.

“Beautiful works fascinate me, push me to try harder and harder to accomplish perfection.”

No question about it: Fatima and her art make an impact. It all begins with intention.

“I would love to be able to show that in the rainy days, a person can find support from focusing on their creativity.”

You, like me, may find yourself intrigued by Fatima’s story and beautiful beaded jewelry work. She describes herself as a happy woman, doing what she likes best – Art.

In the words of Brene Brown, author of Rising Strong, “We are born makers. We move what we’re learning from our heads to our hearts through our hands.”

What art will you make today?