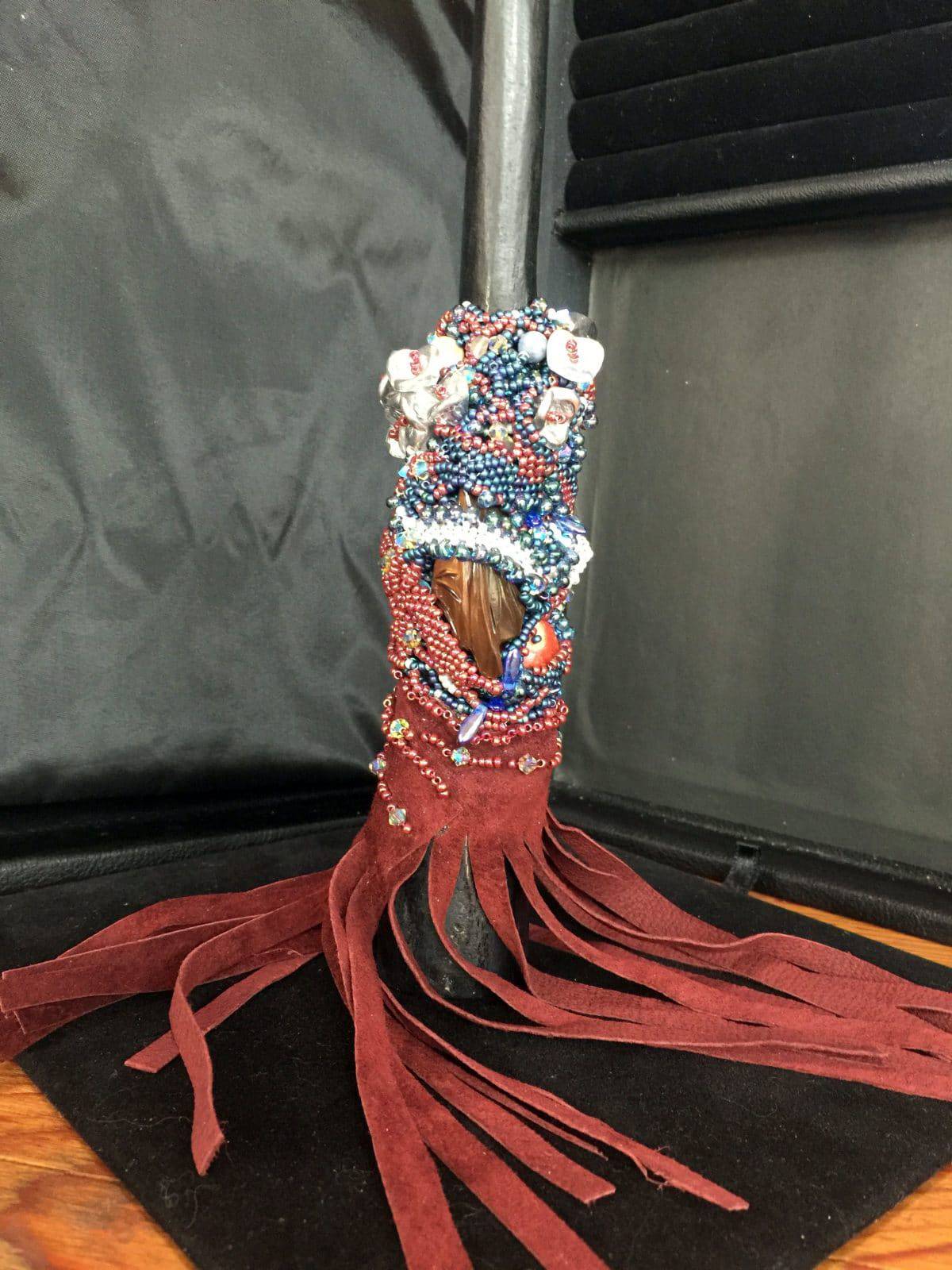 The artist in me frequently spends time in the studio calmly producing amazing pieces of jewelry. At other times, it’s a struggle to add one new article, let alone build something with a WOW factor like a beaded talking stick.

Maybe it’s different for you. You may concentrate on one thing at a time and once it’s completed, you go on to something else. Not me. I seldom work on only one item at a time.

Even when my work is all about random acts of beading, it’s not confined to one undertaking or one type of effort.

One project box holds free form structured peyote; another displays a nearly-finished seashell beadweaving on shibori silk; macramé sits beside a loomwork project; on the table in front of it a found object is getting its picot edging. As I look to understand my creative journey, I trace a zig zag of activities, completions and a few UFO’s (Un-finished-objects) that may never see the light of day.

When I focus on a completion, my heart sings and it is then I know seeing a project through is an act of joy. One of my most recent pieces, a talking stick, is pictured below. 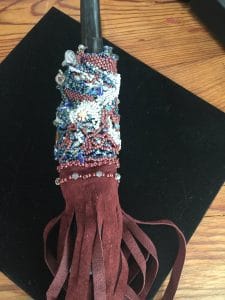 A talking stick tool, used frequently in Native American Traditions when a council is called, enables each voice to be heard. Because only the person holding talking stick may speak. As such, a talking stick has high ceremonial value and immediate application to the real world. It’s a perfect addition for retreats, for example.

The petrified wood which I embellished with beads is hundreds of years old. I began creating my talking stick during a class given by Jody Young. Prior to the workshop, I’d not done a netting stitch technique, to my knowledge. Certainly I’d not used it to coax form into a stick.

But coax I did, using blue, the color of depth and stability. It symbolizes trust, wisdom and truth, all important values for authenticity. The crystals were last, and their sparkle charged the talking stick with positivity.

Because my stitching drew the beads above the last natural bump on the stick, I decided to add leather fringe. It happened automatically: I edged the leather and laid in a line of crystals to tie in with the other beading. The result? Amazing beauty in a visually pleasurable object. 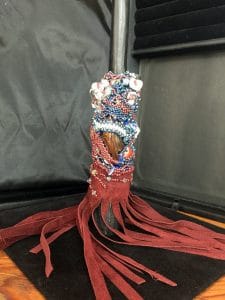 The novelty and purpose of a beaded talking stick can’t be under-estimated.