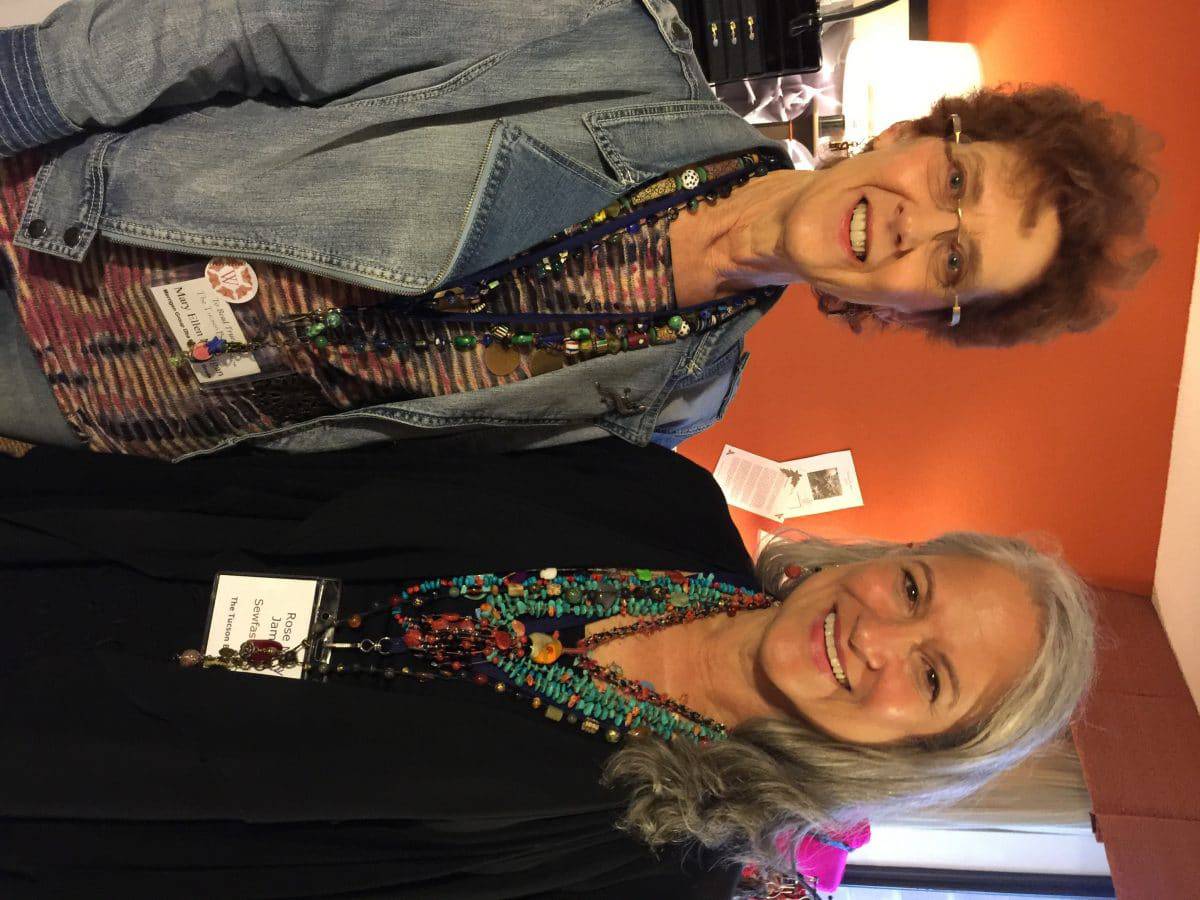 “Mostly creativity means freedom to me… To feel. To let go of conscious thought and just let the moment guide me. To use the medium I might be working in; fabric, fiber, beads, or paint to express something that might be going on in my life.

When I feel a good energy flowing about an idea, I almost have to let the mood take me where it wants to go. This could be in the sketching stage, if I’m designing a gown or necklace or in the production stage as I’m building a piece. When I have to think and plan and conjure the next move, it feels forced or trite, but when it all starts working together, one idea builds the next and so on and time flies!

We joke about the ” beads telling us what they want” to do next…but really, a piece could take a dramatic left turn and end up being something entirely different than originally intended. It happens more often that you might think.” 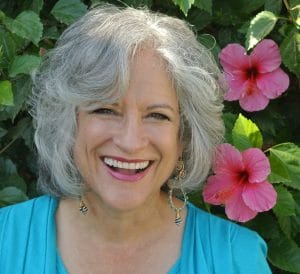 Rose Mary describes herself as an artist who percolates ideas and changes focus every few years. A graduate of Fashion Institute of Design and Merchandising (FIDM), she has reinvented herself numerous times. Her custom design business has flourished, with work in Ultrasuede for professional women and then bridal gowns. 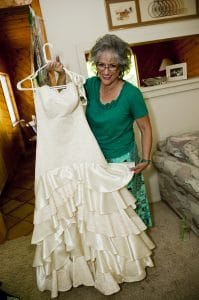 She chronicles a career that celebrates opportunity. When a local ice skating rink opened, she connected with the first coaches and showed them a few ideas. For more than seventeen years she designed costumes covered with Swarovski crystals and sequins for competitive skaters and a few pros who traveled the world. 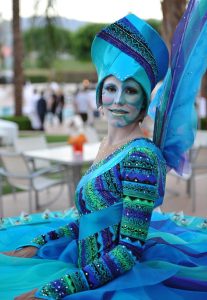 When the rink closed and skaters moved away, she replaced the ice with the dance floor and began to have the same relationship with dancers. Her work became an expression of something bigger than herself as she translated the client’s vision an idea, then a sketch and finally a finished garment that represented a connection.

One can sense Rose Mary is never far from a connections. Opportunities seem to find her.

Following the opening of a large quilt and bead store near her, she approached the owner, armed with her designs and an idea. As a result, Rose Mary has been a teacher, pattern designer and consultant for Monica’s Quilt and Bead Creations for over 10 years. Her adventures have included best-selling patterns, such as the Twirly Batik Skirt she developed in 2009. 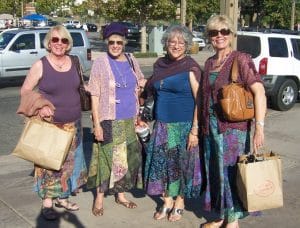 The store presented other opportunities, including a friendship with Starr May who makes glass art beads for Rose Mary to use in her work and classes.

“Her color and design is unsurpassed!” Starr says.

I met both Rose Mary and Starr in Tucson in February when I took Rose Mary’s Infinity Button class. 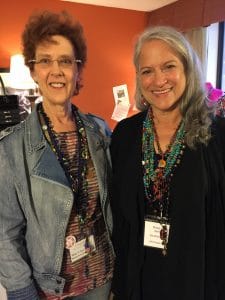 It was a day of laughter and creativity in the classroom which is not surprising, given Rose Mary’s infectious smile and non-stoppable enthusiasm. She is quick to give credit to those around her, commenting:

“When I work with other artists I watch the skill they show in a new medium or their interpretation of a new idea with awe. To see the thought process and watch the cogs turn as the creativity flows is such a rush!

Rose Mary, thank you for talking with me about creativity. You’re an inspiration for women everywhere as you draw your next opportunity to you.

Throughout the years Rose Mary has won numerous awards. Most recently, she entered a crystal necklace, with a very conceptual representation of a peacock feather in the professional category of a design contest sponsored by Swarovski. As a finalist, her piece is now on display at the US Swarovski headquarters in Rhode Island.

What is the next opportunity for Artist Rose Mary Jameson?

With her signature smile, Rose Mary answers, addressing her design esthetic and how it has evolved from very geometric and symmetrical in the early years to today’s work which deals with more and more raw materials, found objects and eclectic findings. She pauses for a moment and you can hear the creative ethers stirring around her. “It’s definitely a move out of my box!” she states, but stops just short of predicting where the move is going.

Rose Mary Jameson is part of my series of bead artist profiles on creativity. I proudly count her a beading friend!