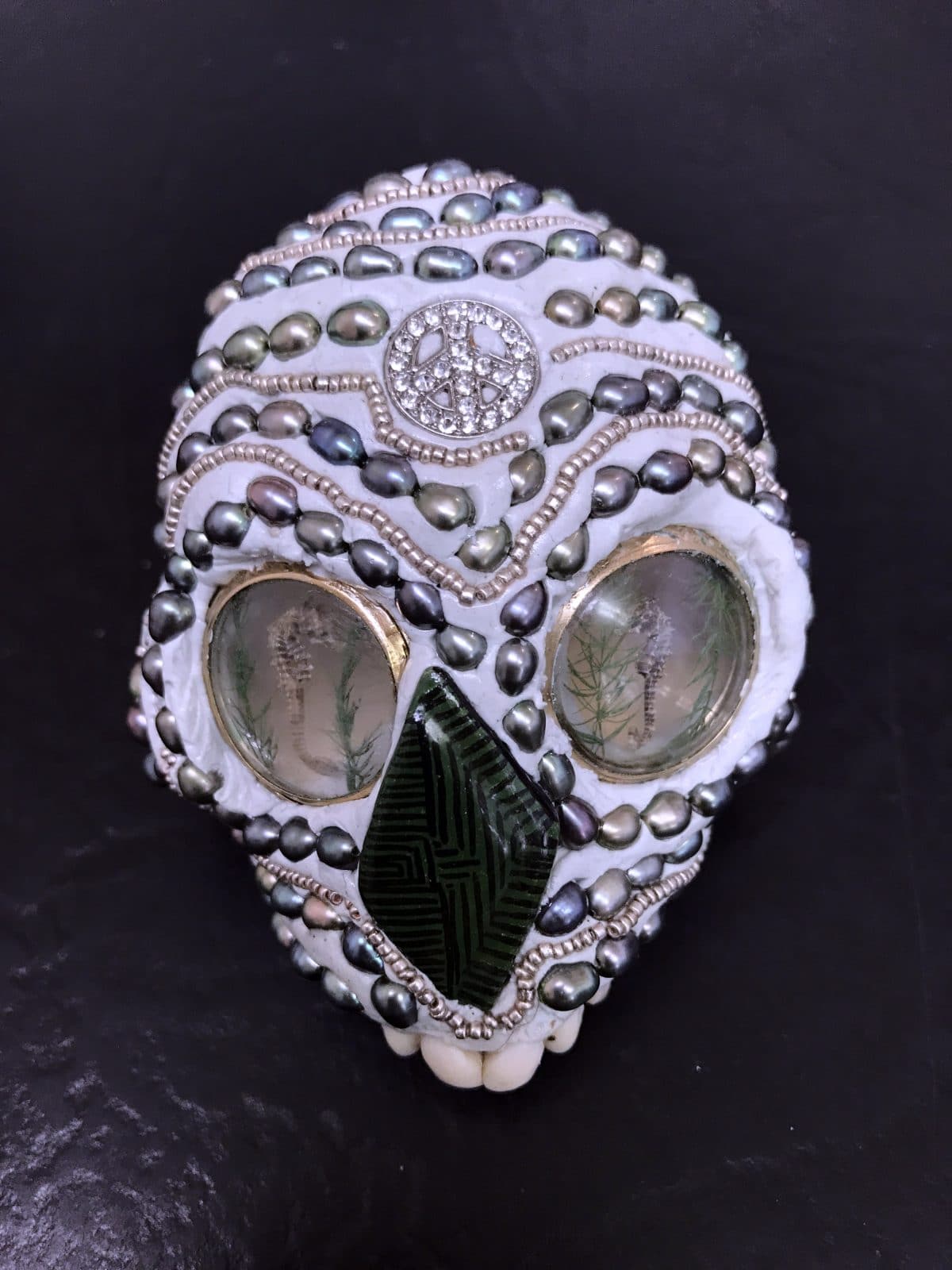 When a friend offered me an authentic monkey skull from Africa, I had no idea what I would do with it. Color me fascinated.

From different vantage points in the studio, I observed the skull, admired it, wondered about it. I read about monkeys and how the Mayan culture of ancient Mexico glorified these little animals and ensconced them as patrons of art.

Tiny, perfect teeth added to its authenticity. Gradually, an idea formulated and became inspiration. I envisioned pearls of green, the color of nature, and silver. Some believe green was healing for the eyes. We still wear green eye-shades.

This was the week during which the Nobel peace prize was awarded to Bob Dylan, when Patti Smith (who accepted on his behalf) forgot the lyrics to “A Hard Rain’s a Going To Fall,” when an audience of royalty wiped their eyes as she pressed on through the song. Maybe Dylan’s songs, frequently associated with activism and peaceful protest during the Vietnam war, prompted me to consider my peace theme.

With another project on the bench beside me, I honored the call of entertainment and airy playfulness and mixed white epoxy for my monkey skull.

Working quickly I laid pearls in rows and added the tiny strands of rose-silver in between. Translucent earrings of resin with seahorses and seaweed embedded in them became eyes. A handmade green ceramic object became the nose. When Ann, my studio mate handed me the blinged out peace symbol, Princess Peace was born. 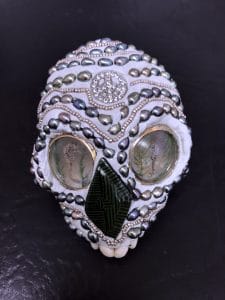 It was quick, fun and dramatic. Princess Peace made my soul sing.

The birth/completion of Princess Peace ushered in questions such as “Will I sell her?” “Isn’t she crazy?” “How did you find such an amazing object?” What prompted you to bead this?”

In art as in life, the questions stack up and sometimes remain unanswered.