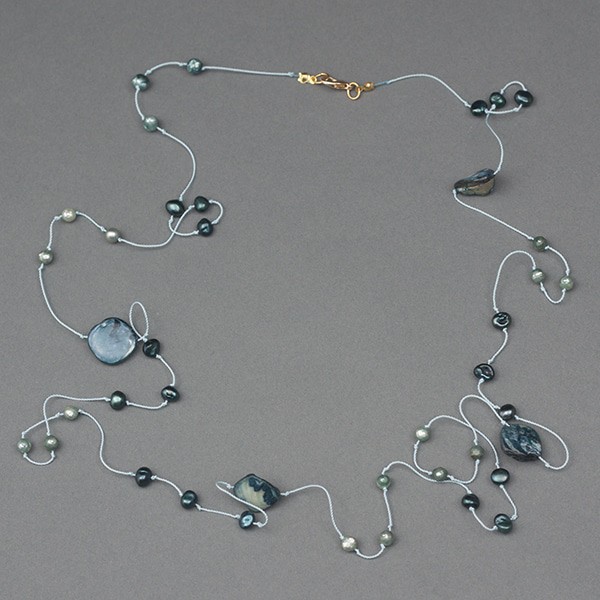 Knots. Most people take knots for granted, with a nod to the fact that knots keep shoelaces tied, packages bound, and boats in place.

The Ashley Book of Knots, one of the most definitive books on the subject, uses 7,000 pictures to illustrate 3,900 different knots.

The overhand knot is listed there as one of the simplest of the single strand knots. It’s tied with one end around its own standing part which prevents unraveling.

Sometimes the overhand knot is referred to as a thumb knot, a hard knot and a stopper knot. It’s fundamental, forming the basis for many others. It’s secure and can be used alone.

Beaded necklaces began using knots for practical reasons. Because the string or thread used was exposed to abrasions from bead holes, body oils, cosmetics and simple wear and tear, it broke. Without knots, the beads fell off the string and quickly rolled away. The popularity of pearls brought knots into more focus. Knots separated pearls, keeping them from rubbing against each other. 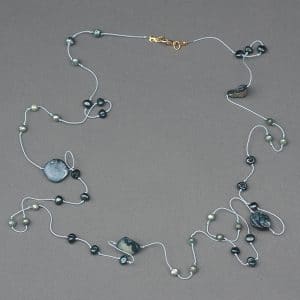 When I make my signature “Barely There” necklace of pearls, I use the overhand knot on silk thread. Each knot showcases different pearl shapes, allowing you to see more of their surface area. Knotted necklaces present a soft, delicate look. The process of making these knots is a rhythmic, relaxing activity that can be meditative.

Read more about these easy-to-wear pieces in this earlier post.

How to make an overhand knot

There are three easy steps to make an overhand knot:

Not only is the overhand knot simple to learn and make, it’s also beautiful when used in this manner.The knotted and spaced thread gives the illusion the pearls float. You’ll be amazed at the compliments you’ll receive when you wear a “Barely There” necklace. Most of all, you’ll never forget the joy of making your own.

NOTE: I’m presenting this workshop at Art Unraveled in Phoenix this summer. There’s still time to register for the event. Click here for a link to the workshop.