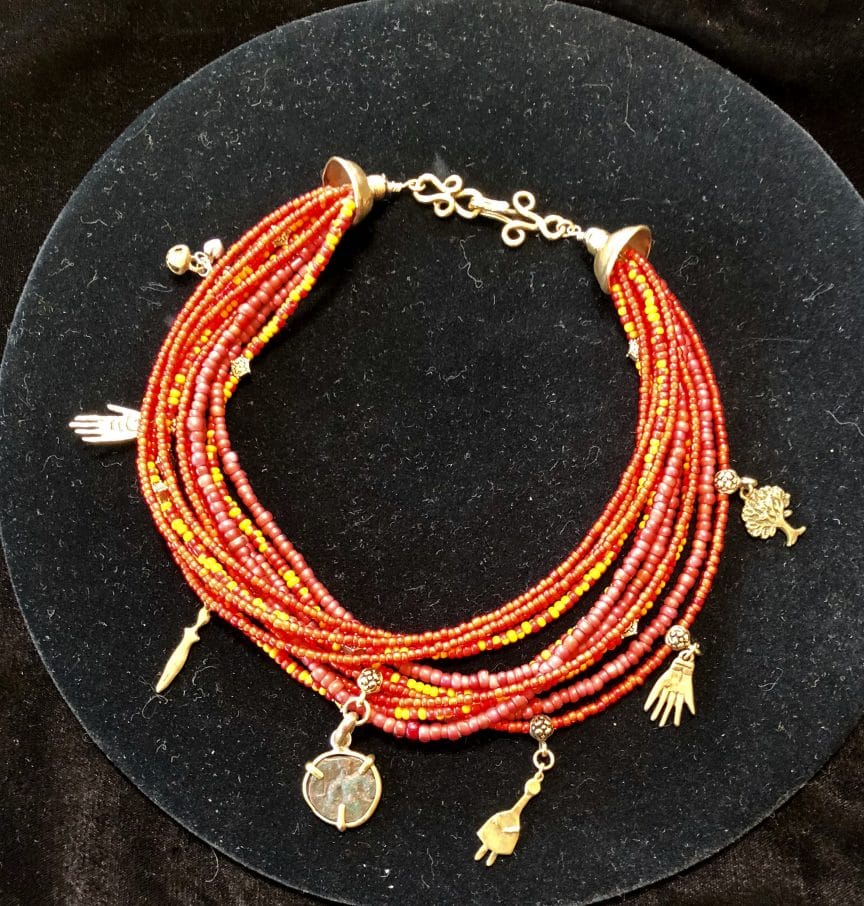 In 1540, Trade beads, those old beads used as currency in other lands and in early American during the time of fur trade, fascinate me.

The rustic nature of these beads, the fact that no two of them are exactly alike, makes them even more interesting and more special.

If vintage trade beads could talk, imagine the stories they might share? Tales of conquistadors, peddlers, Indian arts and crafts, missionaries, trappers, traders and travelers.

In 1540 according to a journal entry, Coronado traded glass trade beads in the Southwest. Hudson’s Bay Company was formed in 1670, augmenting the trade of glass beads. There never has been a completely satisfactory method of nomenclature or classification of glass trade beads.

Whitehearts are transparent glass over a solid white core. These once common trade beads with an opaque brick red exterior, are mostly now available from collections.

The white hearts were likely first traded in the early 1600’s to the mid 1700’s. At that time, they were widely distributed over the United States, and especially in the northern states and in California’s San Joaquin Valley. An article on ‘Glass Indian Trade Beads’ in July 1971 Arizona Highways magazine provides extensive research on glass trade beads in the Southwest.

One of my most recent creations is an 11-strand choker that uses primarily white heart beads. Three of the strands feature old, somewhat larger brick colored white hearts, five strands are of a brighter red variety and three strands are from a hank of “corn beads” from an African trader.

I couldn’t resist the temptation to add charms to the lower strand, part of my ongoing experiments with treasure necklaces. My seven charms include two different hands, the tree of life, two female figures, a combo bell and heart and an ancient  coin that I purchased at the Santa Fe Flea Market years ago. Read more about the Coin Jewelry Coincidences.

Are you now lusting after glass trade beads? Do you now know a bit more about white heart beads?